Hossein Rajabian was born in 1984. He is an Iranian filmmaker, writer, and photographer.

Hossein Rajabian started off his artistic career from a theater school. Later he made his debut in cinema by making and editing short and documentary films.

His artistic résumé is dotted with different projects ranging from making (feature) films, writing a number of screenplays for feature films, essays on cinema, plays, and carrying out artistic-photography projects and film workshops.

He also found his way into the Faculty of Art and Architecture in Tehran and studied dramatic literature, but he never finished his studies there. Later he got admission from the University of Music and Performing Arts, Vienna and he continued his studies in cinema and theater there. “People in distance” is the name of a black and white photography project implemented by Hossein Rajabian.

The Upside-down Triangle is the first feature film directed by Hossein Rajabian. 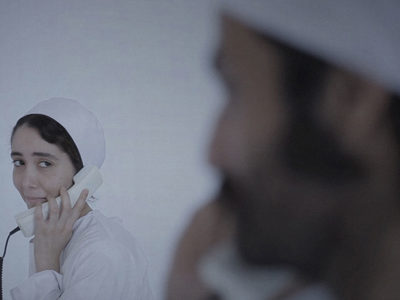