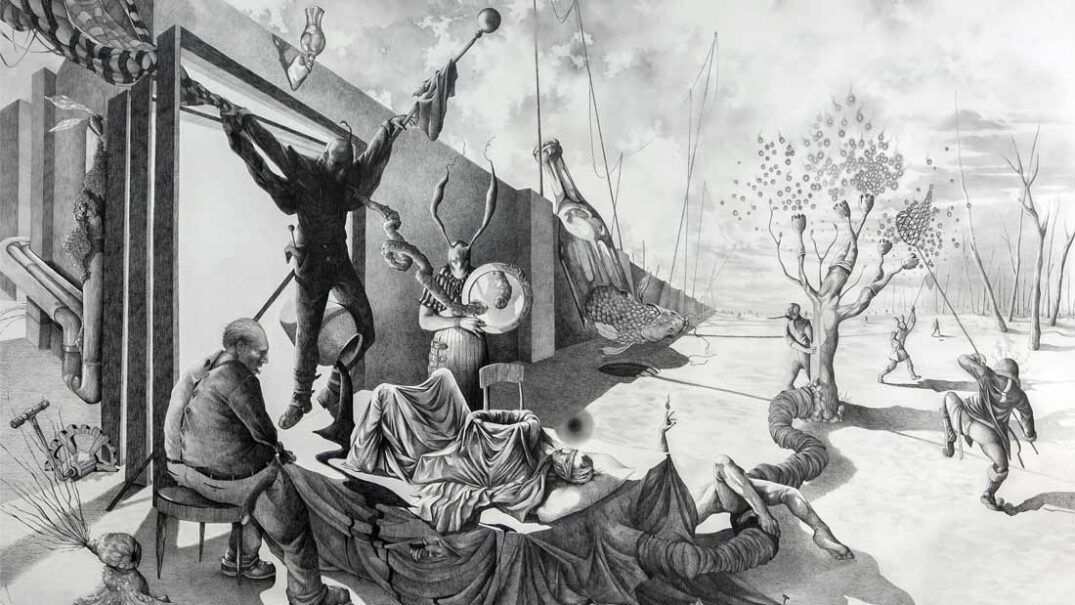 Payam Qelichy was born in Arak, Iran, in 1993. He has a Bachelor’s in painting from Tehran University of Arts. In his works, Qelichy draws from art history, mythological stories, and the defamiliarization techniques and creates grotesque and non-linear multi-sceneries. His paintings are not related to any time or place. His paints are very dynamic, and to fully grasp these works, the viewer must focus all his senses and concentrate on looking. The limitless power of Qelichy’s imagination in his paintings has created an uncanny and contradictory mixture of human beings and nonhuman creatures that fascinates his viewers. 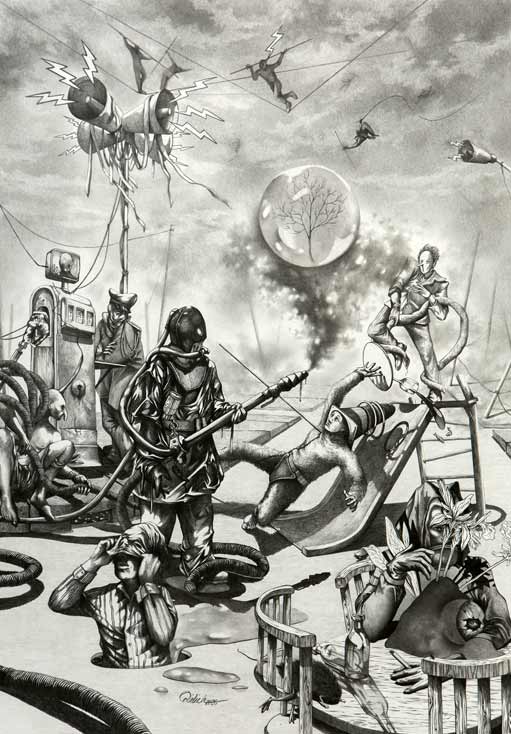 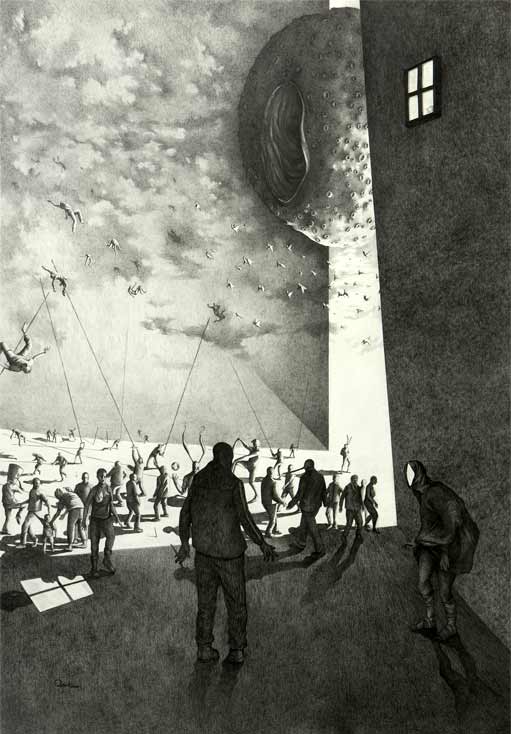 In his first solo exhibition, the artist tells a mystical story with an irrational and mysterious language in a chaotic atmosphere. His works, with their resemblance to the performing arts, create sceneries full of conflict and movement. Most of Qelichy’s paintings consist of three aspects: parts taken from current affairs photography, imaginative parts sketches by the artist, and art history. Using pencils, Qelichy has created an eerie and ambiguous visual structure in which it is difficult to distinguish between imagination and reality. This material helps the artist immerse himself in these images as much as possible, as it takes him a long time to create his works. With a critical look at the world, the artist depicts people in his drawings who seem to be overwhelmed with despair, fear, and regret. Figures who look a lot like modern humans and try in vain to get rid of the situation.
So they jump into a dark fantasy, a fantasy that gradually becomes a routine and devours them with its violent and destructive nature. The paintings have circular compositions to keep the audience in an infinite loop of imagination and exploration. “The den of the man with hollow eyes” series are mixed with surrealism. These works, while being dark and intense, have a kind of tenderness and affection. The shades of gray create contrast. These are seductive, complex, and terrifying works with peculiar energy that invites the viewer to look at a lost history.