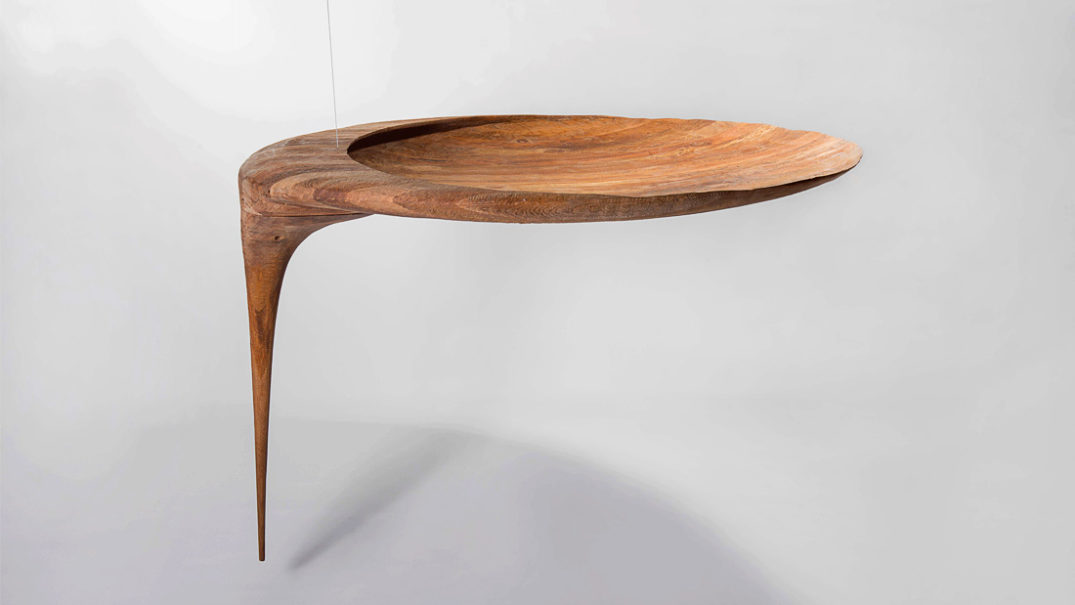 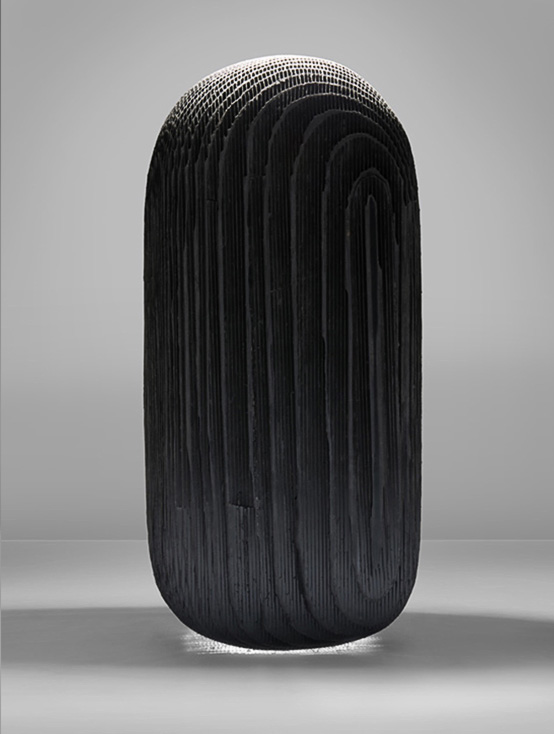 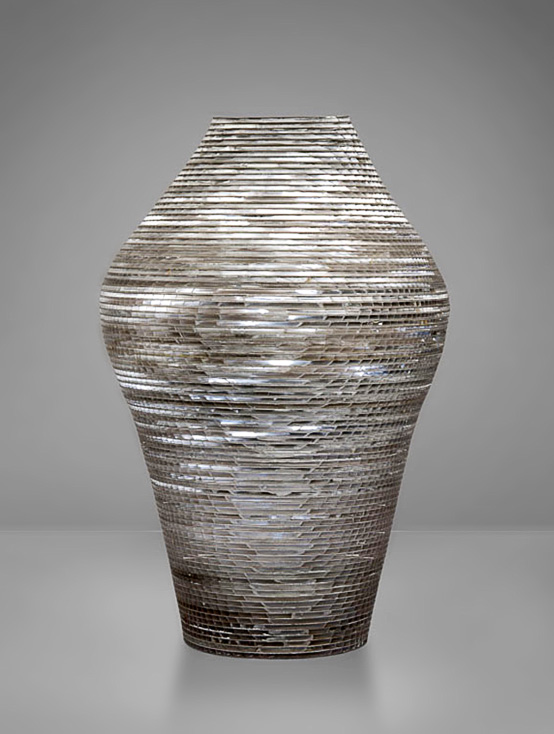 The unrefined surfaces of his sculptures and the simplicity are essential characteristics that serve as a real-life function. As a sculptor, it is imperative for him to increase objective engagement with his audiences. He invites the audience to look through the artworks, walk around them, sometimes listen to the white noise made by them, be mesmerized by the designed shadow that reflects on the floor and eventually gets lost in the ambiance. His choice of material, the spatial forms he innovatively creates and the way he places them in space all together form his visual and conceptual language. By emphasizing the complementary connection between lightness and solidity, Emad aesthetically portrays the driving force of nature. The opposite ends of a cycle and the interconnection between contrary forces: empty and full, light and weighty, dark and light, fire and water, high and low, day and night. His brief stay in Paris from late 2008 to 2010 inspired him to reflect more on modern-day manifestations. Exports from Iran (2010) and Battling Amnesia (2009) were created during and after his stay in France. Using corrugated cardboard in Exports from Iran made him more interested in the material, its interior texture, and the way it led light through its cells. His series, Lit Shadow (2013), is the outcome of his two-year experiment with layers of corrugated cardboard and certain synthetic materials with a similar makeup, as well as with light and aluminum. The series Acceptance (2016), during the different periods of his career, Emad always sought to enter the substance, to abandon it of its robust and rigid volume, and to give shape to space and even to the atmosphere. His most recent series, Active Void (2018-2019), empty in relation to fullness means acceptance and hearing in human relations. An empty space inside a human being that can accommodate other objects, other people with other words (thought). 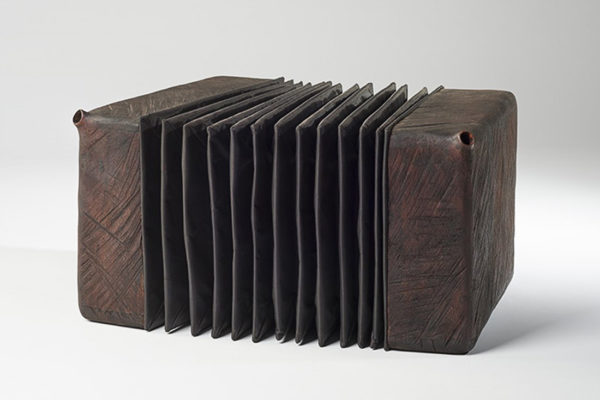 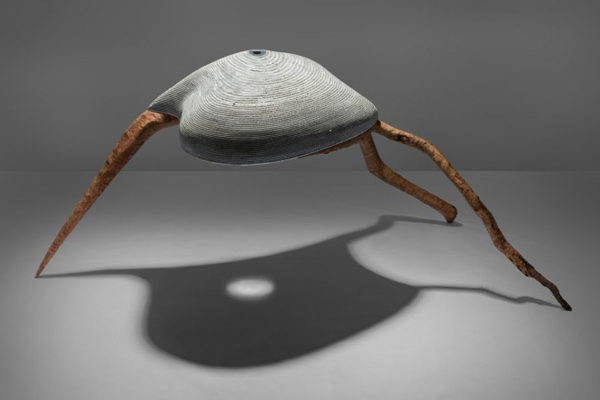 Mohammad Hossein Emad lives and works in Tehran. He has exhibited worldwide in the past twenty years and won many awards. Several of his works are installed in public spaces in Tehran, and other cities of Iran and his work has been exposed in several art fairs and national and international biennials.
Share this 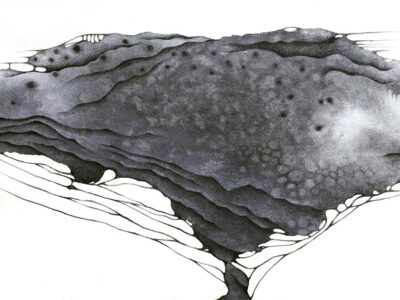 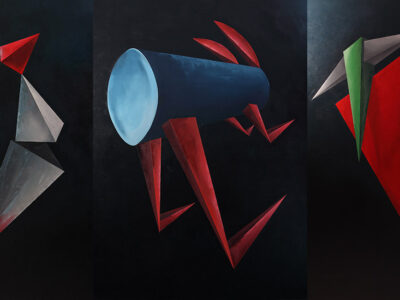 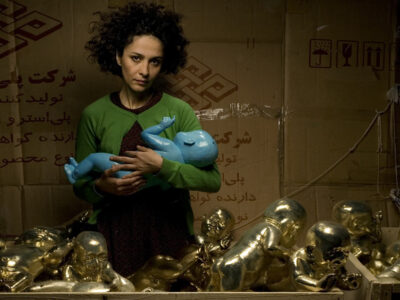