She has exhibited at Espacio and Menier Galleries in London. In 2018 she was commissioned by Springfield Psychiatric University Hospital in London.

In 2018 she won the “People’s Choice Award” by Passion for Freedom Art Festival at the La Galleria Pall Mall and The Royal Opera Arcade Galleries in London.

In 2019 she was shortlisted and won the Sheroes Revoluciones Art Prize by Lon-art Creative in London. In 2020 she was selected to exhibit at the Nouvelle Vague ArtSpaces in Marbella, Spain. She was also elected as a member of the Royal Society of Sculptors in 2020. 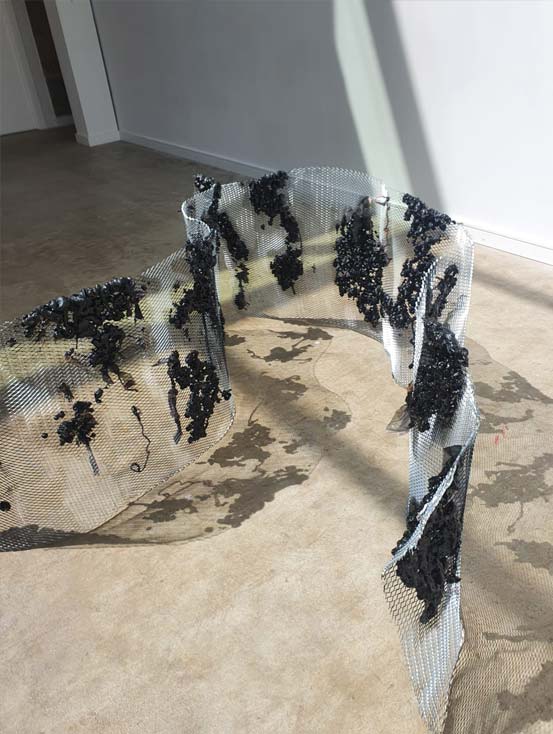 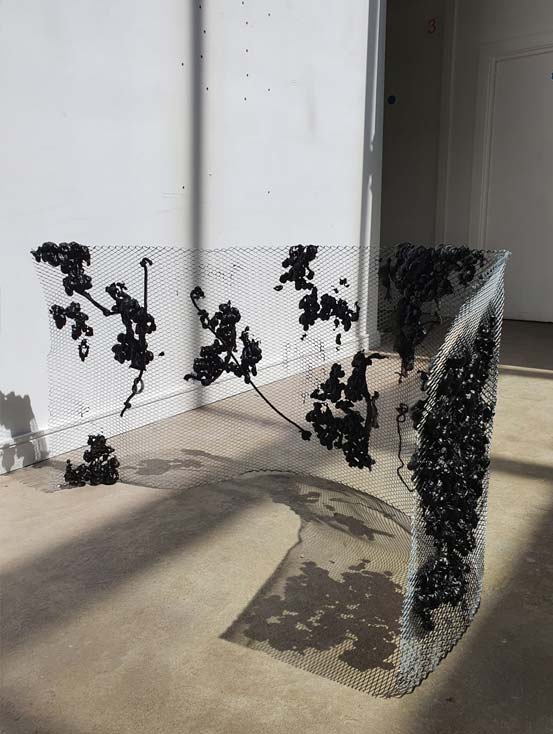 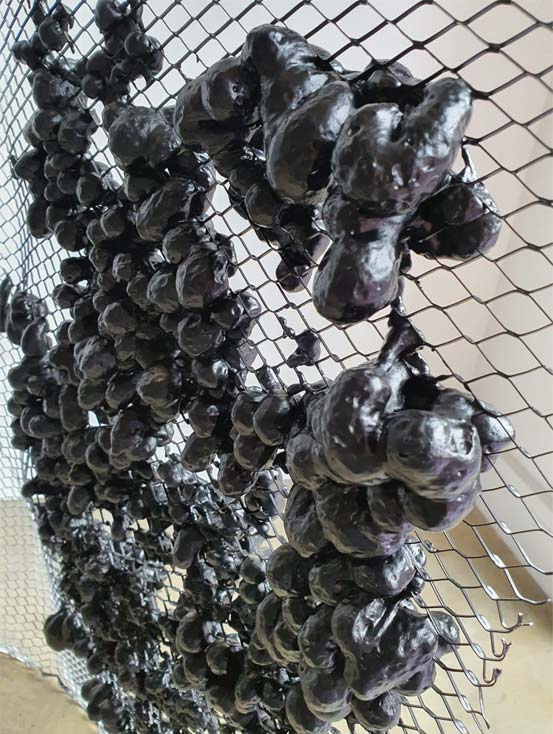 This work is a reference to the moment of transition which could be geographical, physical, or mental. Whilst going through these different stages in life we leave some parts of ourselves behind. We could get trapped and stranded in these geographical and mental borders and become oblivious to what is awaiting us on the other side.

The knots used in this work represent a customary act in Iran when visiting holy shrines. The pilgrim ties a piece of shrug to the shrine whilst saying a prayer. The knot is a dead end, an impasse.