Azadeh was born in 1979 in Tehran, Iran, She received her BA in painting from Tehran’s University of Art in 2002. 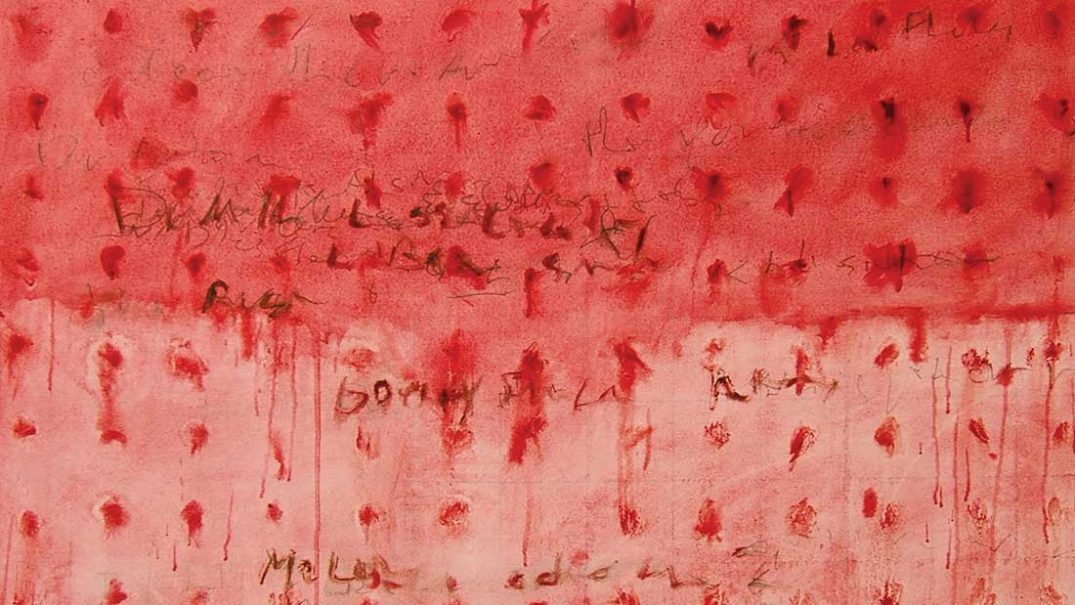 Razaghdoost’s paintings are recognizable by the idiosyncratic use of the color red. She associates red with love, passion, and blood — elements that inspire her and define her work. She enjoys the accidental chaos that paint produces on her canvas and believes that her extensive use of deep reds on her pale canvases might very well be her indirect reflection on her childhood desire to become a medic. 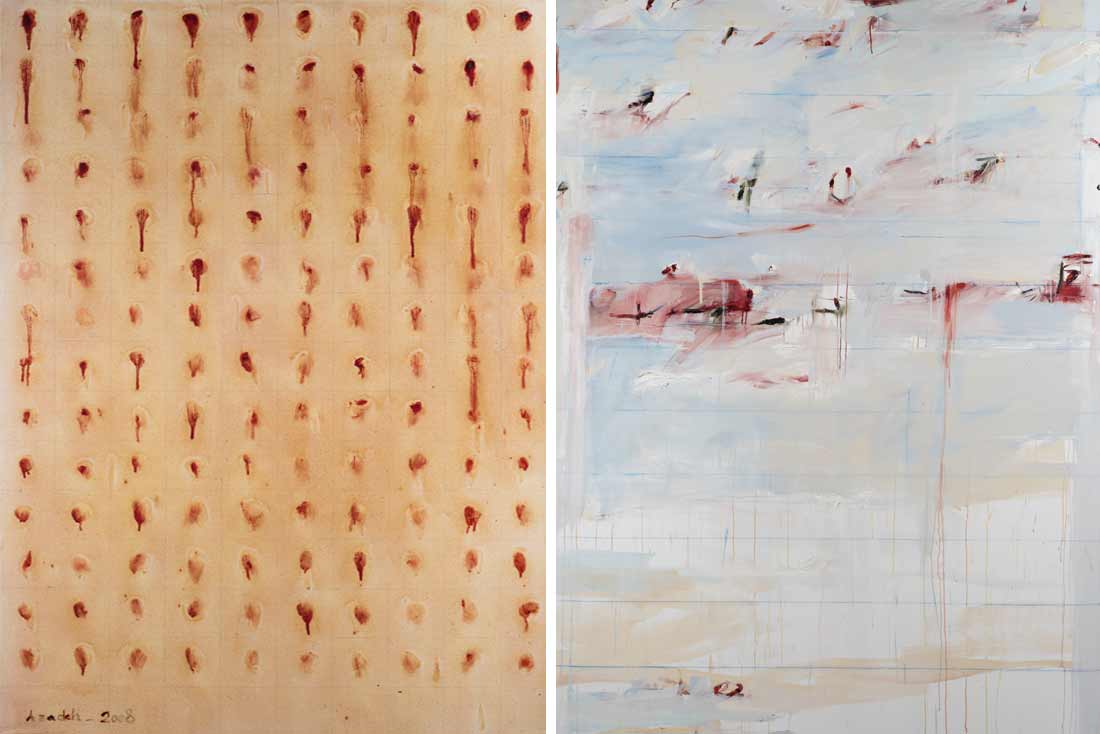 She is very much inspired by the work of poets such as Charles Baudelaire and William Blake which inevitably add a poetic characteristic to her paintings; further stressed by the titles that she chooses for her works such as the Sick Rose series or Les Fleurs du Mal. In addition to getting her inspiration from poetry, she is very in tuned with other forms of literary works. For instance, her Letter series. And the title of her series, The Shadow of Eden is yet another example. Now her new series is under the title In The Storm of Roses, the title of Ingeborg Bachmann poem.

Razaghdoost uses pencil and oil on canvas to express her feminine dilemmas and frustrations. Her work has been shown extensively both inside Iran and abroad and placed in several collections including the acquisition by The Vallpalou Foundation in Spain in 2010.

She currently lives and works in Karaj, a large neighboring city about 20 kilometers west of Tehran. 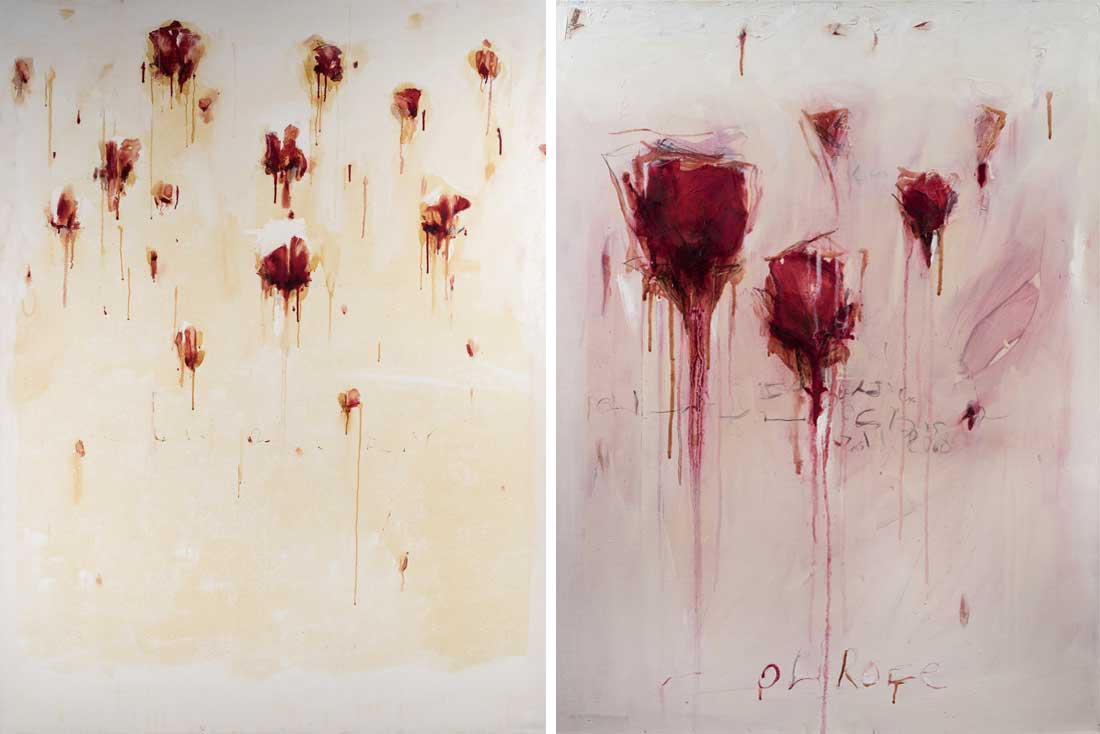