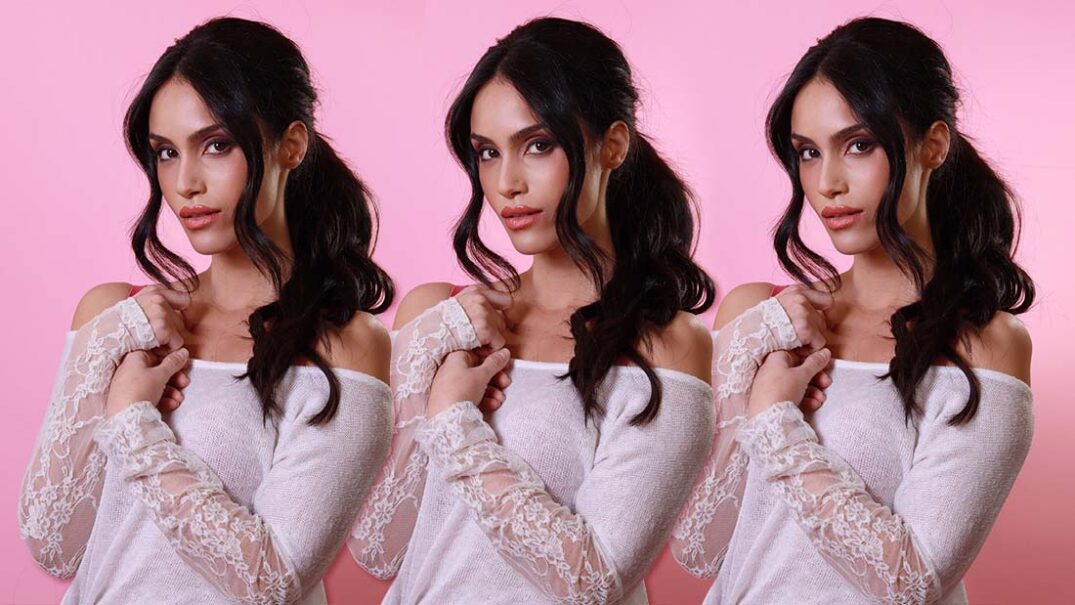 Shiva is Iranian-Canadian Actress, Model, Producer, and Influencer who rose to prominence starring Annika Ogden in CBS Films/Lionsgate Blockbuster Movie “American Assassin.” She made the shortlist of Variety Magazine’s “10 Canadians to Watch“.

Her latest credits include the CBS Military Drama “Seal Team” and DUST channel’s Sci-fi thriller “ALT.” Shiva is one of the faces of the EDA (Ethnically Diverse Artists). She’s also one of the contributors and a child sponsor for the non-profit organization Mother Miracle, educating and feeding impoverished children. Dedicated to using her work in performing arts as a medium to tell impactful stories, inspire, support, and empower women worldwide, Shiva hopes to spread awareness about more pressing issues surrounding modern culture and society.

You can’t control what you’re born into. What matters is what you do with the life you’ve been given and how you turn every negative into a positive and every obstacle into a stepping stone in order to achieve your goals. Perspective is key! 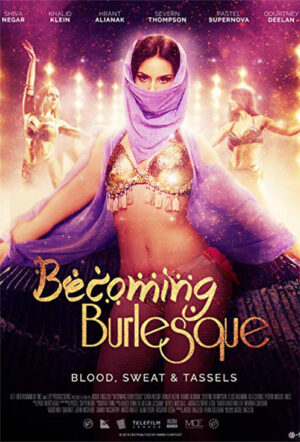 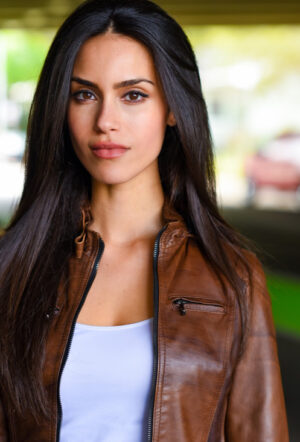 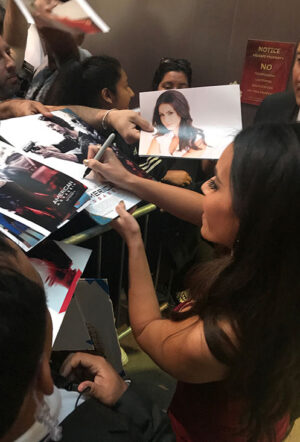 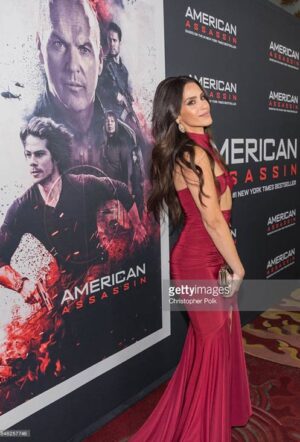 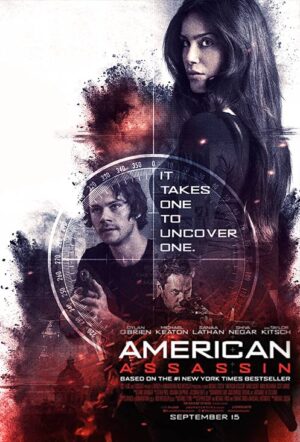 ZH: Thank you very much, Shiva Negar, for sitting down with us for this interview. Why don’t we start by who is Shiva Negar? Tell us a little more about yourself, your education, and how you got into acting?

Thank you for having me. I’m just a girl with a creative soul who followed her passion and dreams and didn’t give up, which has brought me to this very moment.
I was born in Tehran. I finished grade 1, and then we migrated to Istanbul, Turkey, where I lived for about 4.5 years before moving to Toronto, Canada.
I majored in Psychology at University and got my BA, followed by my Post-grad degree in Events Management & Marketing.
I was always involved in Performing Arts since I was very young, from music recitals to plays, theater, and high school and University.
Since Performing Arts had been my passion all along, I was always looking for ways to make it a permanent part of my life and career. I started with taking classes, workshops and becoming a part of that community. I got an Agent and started auditioning while still in school and working a Corporate job full time. I kept doing it on the side for years until I graduated from University, and eventually, I was able to quit my other office jobs and make Acting my full-time career.

ZH: When did you first become interested in acting and decided to act as a profession?

It was my first year of University. I was taking summer classes and happened to walk through a Set. They were shooting a movie outside the campus, I can’t recall which movie it was, and I happened to be there at the right place, the right time. They hadn’t blocked off the area, so I could be a part of the set and walk with some of the actors in the background during filming.
Just by being on that set, I felt like my entire being had come alive! I didn’t know what it was, but I didn’t want to leave. I had some time between my classes, so I ended up just hanging out there for as long as I could and played a part just in the background in the scene. I then spoke to some of the actors and asked how I can get into this. That day made me realize that this can not just be a side hobby and has to become the main focus and the central part of what I do in my life. I had no idea how or what to do, but I knew I have to pursue this and do whatever it takes.

ZH: What was the first role you’ve ever played?

The very first role I ever played was the lead girl in Kelly Clarkson’s music video for the song “Behind these hazel eyes.” It was my very first audition as well. I couldn’t believe I booked it, haha. It was shot in Toronto. The video premiered on MTV, and the song was top 10 on the charts for a long time.

ZH: You have been playing so many different roles in TV series and movies. Which roles would you say have inspired you or created an impact on your career?

We tend to get type-casted a lot as actors, and I’m grateful that I’ve been able to play such diverse roles in Film & TV. From a Disney Queen to an Eastern European Gypsy, a Period piece, a Dance Show Hostess, and just a City girl yogi.
They all inspire me in different ways because each character has her own story, her journey of survival, and fighting for what they believe in.
I guess my role as Fatima in “Becoming Burlesque” was one of the most inspiring roles I’ve played, and it resonates with me a lot in terms of going against the grain in my life path and pursuing something that was out of the norm, considering my cultural and traditional background and family and lifestyle.
The role that was the most impactful on my career, I would say, was Annika in “American Assassin.” Not only because it was a more notable Hollywood blockbuster film, but also because it was a strong, empowering female character with a lot of layers to her. That is one of my favorite types of roles to play.

ZH: How did you get involved with the “ American Assassin?”

I got the script, and I loved it. I auditioned for the role, and I got a callback to meet with the Director, Michael Cuesta. We spoke about the character and her story. I gave him a few different versions of the essence. A few weeks later, I met with the Producer and the Studio executives, and I was allowed to be a part of this super exciting Action Film and tell Annika’s story.

ZH: There has been a lot of talk in the media about Anika, Fatemeh, Zahra’s characters; How close are you to these roles?

There is a bit of me in all of them, but I think I feel the closest to Annika and Fatima because of their strength and their determination in life. I tend to always go after what I believe in, and I don’t let anything discourage me. I keep moving forward against all odds, I won’t back down, and I don’t give in to my circumstances. I see that fire in Annika and Fatima as well. 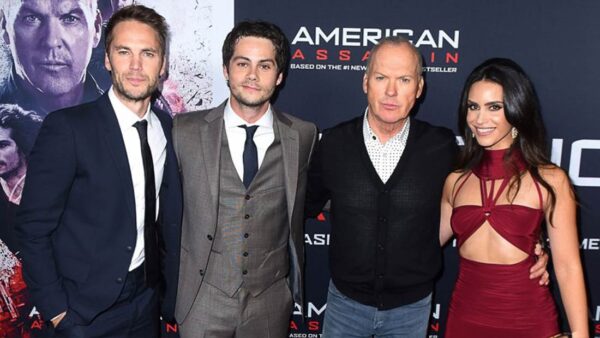 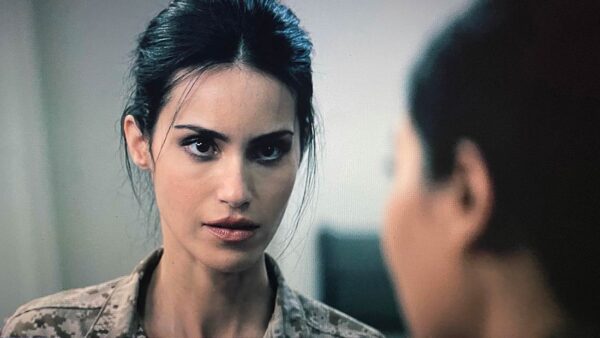 ZH: How great was it to be in a movie with Michael Keaton, Dylan O’Brien, or Shohreh Aghdashloo? What was it like to work with them?

It was a really wonderful experience. I was so honored to be working with such a legend as Michael Keaton. He was very pleasant, professional, and fun to work with. I and Dylan hit it off from the very beginning and really connected as co-stars and as friends, which made it that much easier to work together.
Shohreh was always my idol, and I was beyond excited to be able to work with her on the set of “The Cuban.” She’s an amazing person with great energy, and I’m lucky to call her a mentor and a dear friend.

I recently wrapped a season of the show “Seal Team” on CBS. I play “Chief Petty Officer Mina Hassan” on Season 4, which is now available to stream on Paramount plus.
I played the role of Saaj on a Sci-fi thriller series called “A.L.T.” that is available to stream on DUST Channel or the DUST app.
I will be playing the role of Ginni Pena in an upcoming Sci-fi Feature film called “G.O.D. O.S. The Quantum Genesis.” Production was on hold due to the Pandemic and is supposed to start this year.
I am co-producing and starring in a Stephen King short story adaption project called “The Last King.”
I’m also writing my script and may have my first Directorial debut on an upcoming project. That is all I can say for now 🙂

ZH: Can you give us any hints about your characters in these movies?

All I can say about my character of Ginni in “G.O.D O.S The Quantum Genesis” is that she is mighty and very conscious 😉
“The Last King” is going to be all in Persian with English subtitles. Therefore my character will be speaking entirely in Farsi, which I’ve never really done before, so that should be interesting and an excellent challenge to touch upon my language skills.

ZH: Is there any particular character you haven’t played yet, and are you eager to experience?

I love Comedy and Rom-Coms, and I haven’t quite explored that genre as much as I’d like to. I’ve played many Dramatic, intense, and badass characters, and some Dramedy as well. Which, of course, I Love! However, I’m usually a very hyper, energetic, and happy person and would love to play a funny and perky character. I think that would be a lot of fun.

Thank you so much.

In collaboration with ZH media

Interview by Ali Shahrokhi | Special thanks to Sherry Sadati 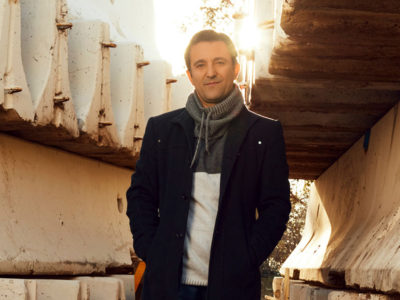 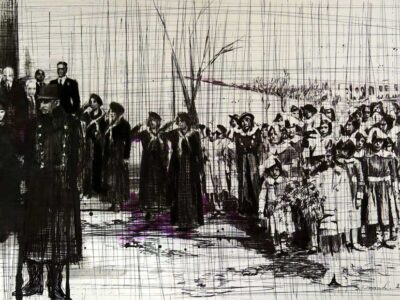 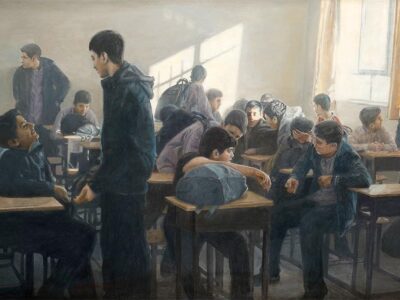